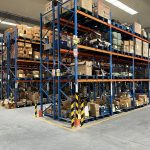 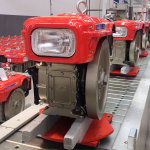 September 11 to 14, 2007, appointed by the CPC Central Committee, Wang Yang，then Secretary of Chongqing municipal Party committee，currently a member of the Standing Committee of the Political Bureau of the 19th CPC Central Committee, chairman and party secretary of the 13th CPPCC National Committee， led the CPC delegation to Cambodia and achieved a complete success. During the visit, Wang Yang met with Hun Sen, Prime Minister of the Cambodian government and chairman of the people’s party.

At noon on the 12th, Wang Yang attended the signing ceremony of China Chongqing Cambodia economic and trade cooperation project. As a representative enterprise of Chongqing agricultural machinery export, Chongqing Golden Bow Group Power Co., Ltd. its diesel engine was lucky to be selected by the government as a national gift and presented to the Cambodian Ministry of agriculture.